TEDx Speakers: Education is Always Evolving, and So Are You

TEDxReno 2014 produced some incredible TEDx talks to get you thinking about learning and personal development, what that actually means, and how you can apply such knowledge and advice to your own life.

Nineteen-year old student Tim Grunert opened with a fascinating talk about the importance of discovering your individual strengths in a world where people are increasingly being judged by “likes and reposts.” Carson Montessori teacher Raquel Abowd offered advice for using mistakes as a springboard for teaching lessons, sharing an example of how one particular student changed her life. Social and emotional learning advocate Trish Shaffer talked about the importance of teaching today’s children more than just reading, writing, and math as it applies to equipping them with the skills they need for coping with everyday life. And finally, Arte Nathan, former Chief HR Officer for Wynn Resorts, talked about how giving people an opportunity and doing a good deed can be it’s own reward.

Tim Grunert’s talk focused on the concept of the Rubik’s Cube, and how the Rubik’s Cube can serve as a guidepost for helping us think through the problems we are facing, as well as to help us discover our individual strengths. He mentioned that people overall are starting to become the same, and no one can seem to live for themselves anymore. He stated: “It’s as if the masses have grown to cling to this idea that most of what we are comes from what other people think of us and expect us to be, and if you take them away, then nothing means anything.” According to Grunert, the people who become so focused on themselves and making their own picture pretty are the ones who can’t ever seem to step back and see the forest for the trees. A Rubik’s cube can show us that progress cannot be made without twisting the gears, and that we must take the chance of ruining some of what we already have in order to progress further. In short, he encouraged the audience to think about what it is that makes them unique and to hold on to that idea and run with it. Remember the Rubik’s cube as a metaphor for discovering your own uniqueness, not being afraid to rock the boat, and taking risks that can lead to real change as opposed to falling prey to conformity. 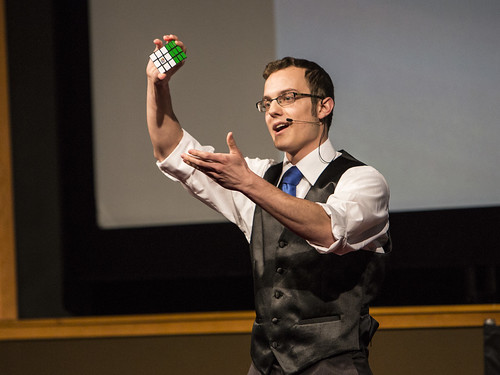 For every student that has a teacher who changes his or her life, there’s a student who changes a teacher and is never forgotten. According to Abowd, “Thank you for never giving up on me” are the words that inspire her to be the best teacher she can be every day. In Racquel Abowd’s talk she shared a story about one of her students Ivan, for whom education and accountability was not an interest. Because trouble was worn as a badge of honor among his peers, education was simply not viewed as “cool.” As such, Ivan was missing assignments, falling behind, and generally annoyed, disinterested, and lazy. 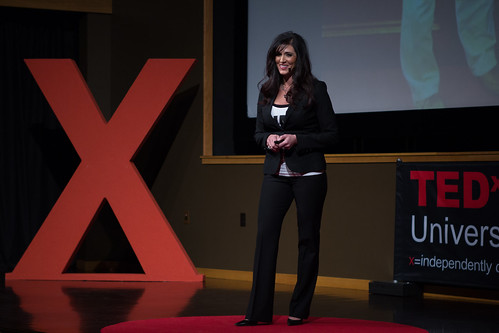 Luckily for Ivan, failure was not an option for Abowd since she believes that trouble only opens the doors for opportunities to create future successes. Through creating an opportunity for him to finish his assignments into their summer break, coupled with personalized attention, the elimination of his peers, and the support of his family, he was able to push through and complete in his required assignments. At one point she stated, “society has the mindset that by the time a student reaches those middle school years, it’s too late. It’s not. This is where teachers can make the greatest difference. And this is where great teachers make learning real, and make it come to life.” As a result, by the time the new school year started, Ivan had made a 180-degree turn in his attitude, focus, drive and performance and today serves as a leader and mentor among his peers with hopes of one day becoming governor. “In the end my students won’t remember what incredible lesson I created, but they will remember that I cared.” 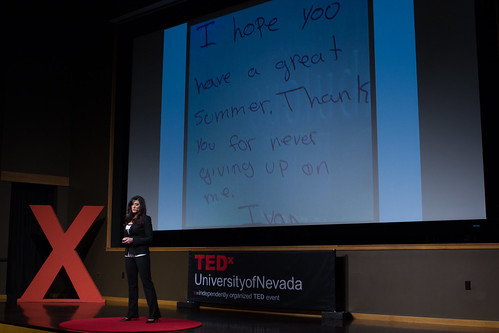 Underscoring Abowd’s approach to personalized attention in learning, Shaffer built upon the idea that children today need to be equipped with more than just basic knowledge to be able to cope and thrive in today’s complex world. As an advocate of social and emotional learning, Trish Shaffer spoke to the need for change in the education system, specifically, the need for social and emotional skills, to help deal with bullying. The words “we have a generation of people feeling disconnected and angry … some so disconnected and angry, that they turn to violence” really struck a chord with the audience. She stressed that children need to be taught the concept of having an awareness of one’s self and of others, as well as how to connect with other people, engage in meaningful conversation, how to make responsible decisions, and follow through with those decisions. We couldn’t agree more. In her talk she provides many statistics and examples for why we should all care about social and emotional learning, as well as some ideas for how we can integrate this learning into the everyday classroom. 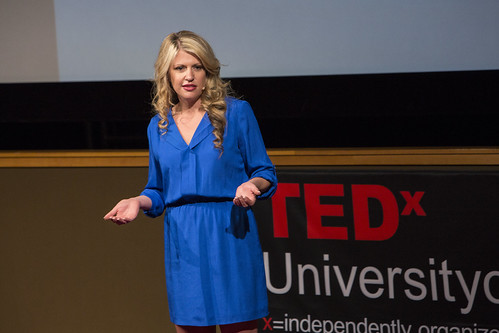 As the former Chief HR Manager for Wynn Resorts, Arte Nathan has literally seen it all when it comes to dealing with people, creating opportunities for career growth, and weeding through resumes to find the ideal candidate for a job. In fact, during his tenure at Wynn Resorts, the HR programs he managed saw over 3 million resumes, through which, 150,000 people were hired. In Arte Nathan’s talk, he discusses how giving people an opportunity and doing a good deed can be it’s own reward. He’s learned to never judge a book by its cover, sharing examples of three individuals he has hired despite having the odds piled up against them, all of which who went on to succeed and flourish in their respective organizations. However, while giving people a second chance and an opportunity can change lives, this was not his most important lesson. Rather, he stated, “just because you can do things doesn’t mean you should, but then there are other times that because you can, you absolutely should.” 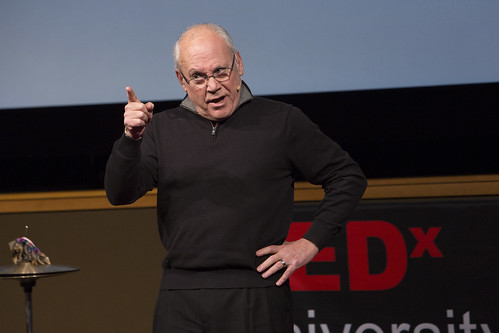 What all of these talks have in common is simply the idea that we must never stop learning, exploring, and discovering. Furthermore, where we can find an opportunity to help along that process, we should. How have you committed to continuing education in your life? How have you helped others to fulfill their highest potential?